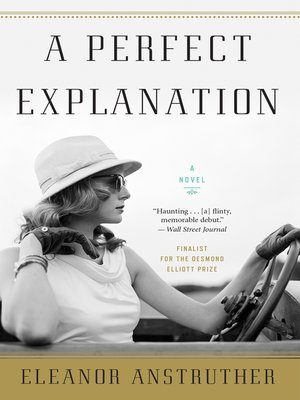 Finalist for the Desmond Elliott Prize

A "superb debut"* novel—based on the story of the author's grandmother—following an aristocratic woman who abandons her family and her money in search of a life she can claim as her own. (*The Guardian)

Enid Campbell, granddaughter of a duke, grew up surrounded by servants, wanting for nothing except love. But when her brother died in the First World War, a new heir was needed, and it was up to Enid to provide it.

A troubled marriage and three children soon followed. Broken by postpartum depression, overwhelmed by motherhood and a loveless marriage, Enid made the shocking decision to abandon her family, thereby starting a chain of events—a kidnap, a court case, and selling her son to her sister for £500—that reverberated through the generations.

Interweaving one significant day in 1964, when it seems the family will reunite for one last time, with a decade during the interwar period, A Perfect Explanation explores the perils of aristocratic privilege, where inheritance is everything and happiness is hard won.