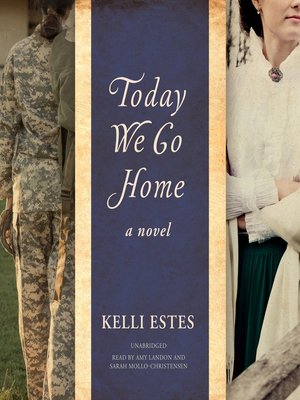 Two women, living centuries apart, fighting for our country's freedom ... and their own

Seattle, WashingtonLarkin Bennett has always known her place, whether it's surrounded by her loving family in the lush greenery of the Pacific Northwest, or riding on a dusty convoy in Afghanistan. But all that changed the day tragedy struck her unit and took away everything she held dear. Soon after, Larkin discovers an unexpected treasure: the diary of Emily Wilson, a young woman who disguised herself as a man to fight for the Union in the Civil War. As Larkin struggles to heal, she finds herself drawn deep into Emily's life and the secrets she kept.

Indiana, 1861The only thing more dangerous to Emily Wilson than a rebel soldier is her own comrades in the Union. But in the minds of her fellow soldiers, if it dresses like a man, swears like a man, and shoots like a man, it must be a man. As the war marches on and takes its terrible toll, Emily begins to question everything she has been told about the freedom she is supposed to be fighting for.