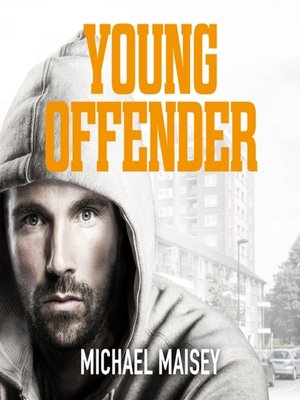 'A memoir to shine a light in the darkest of nights . . . a story of redemption' – journalist Tony Parsons.
Michael Maisey was excited the day he was locked up in the notorious Feltham Young Offenders Institute. He was going to be a legend to all his mates. The sixteen year old was in for attempted murder. He was innocent of this particular crime but amongst the violent and dangerous young men on his wing he was about to learn exactly how far he'd go to survive.
In Young Offender we see what turned a good kid into a wanted criminal. Abused by his uncle, bullied at school, at the age of twelve he found the safety he craved in the ranks of a local gang in West London. He graduated from shoplifting to armed robbery and for five years Michael was in and out of Feltham, on a downward spiral of crime and drug and alcohol addiction. At rock bottom, he began attending AA meetings. But the road to recovery would mean changing himself in the deepest possible ways. Could Michael finally learn what it meant to be a good man?
Honest and inspiring, this is a powerful story of redemption. Today Michael is a successful businessman and a loving father who spends time helping others find their way.