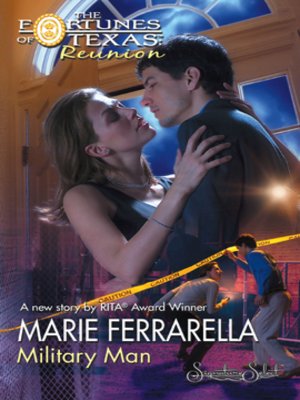 A dangerous predator escapes from prison near Red Rock, Texas--and Collin Jamison, CIA Special Operations, is the only person who can get inside the murderer's mind. There's just one thing clouding his concentration--Lucy Gatling. Beautiful, petite and a med student observer for the coroner's office, Lucy is all business. And she thinks she's got a lead. The police aren't biting, but Collin is--even if it's only to get closer to Lucy.

Work turns into something special between Lucy and Collin, and she's convinced Collin is the real deal. But is it right to secretly give him information about the case? Or is it too late?