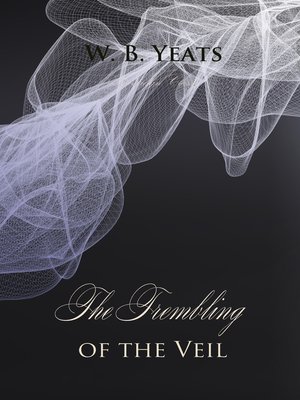 The Trembling of the Veil

The Best of Yeats

I have found in an old diary a quotation from Stephane Mallarmé, saying that his epoch was troubled by the trembling of the veil of the Temple. As those words were still true, during the years of my life described in this book, I have chosen The Trembling of the Veil for its title. Except in one or two trivial details, where I have the warrant of old friendship, I have not, without permission, quoted conversation or described occurrence from the private life of named or recognisable persons. I have not felt my freedom abated, for most of the friends of my youth are dead and over the dead I have an historian's rights. They were artists and writers and certain among them men of genius, and the life of a man of genius, because of his greater sincerity, is often an experiment that needs analysis and record. At least my generation so valued personality that it thought so. I have said all the good I know and all the evil: I have kept nothing back necessary to understanding.

William Butler Yeats was an Irish poet and one of the foremost figures of 20th-century literature. A pillar of the Irish literary establishment, he helped to found the Abbey Theatre, and in his later years served as a Senator of the Irish Free Sta...

More about W. B. Yeats
The Trembling of the Veil
Copy and paste the code into your website.
New here? Learn how to read digital books for free