Girls to the Front

ebook ∣ The True Story of the Riot Grrrl Revolution 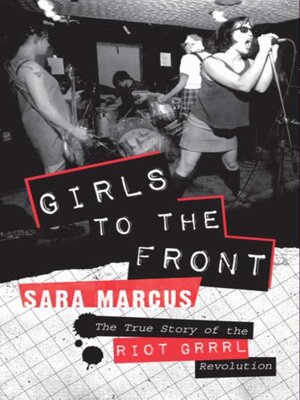 "Not only a historical rockument of the revolutionary 90s counterculture Riot Grrrl movement. . . but also a rousing inspiration for a new generation of empowered rebel girls to strap on guitars and stick it to The Man." — Vanity Fair

Girls to the Front is the epic, definitive history of the Riot Grrrl movement—the radical feminist punk uprising that exploded into the public eye in the 1990s, altering America's gender landscape forever. Author Sara Marcus, a music and politics writer for Time Out New York, Slate.com, Pos, and Heeb magazine, interweaves research, interviews, and her own memories as a Riot Grrrl front-liner. Her passionate, sophisticated narrative brilliantly conveys the story of punk bands like Bikini Kill, Bratmobile, Heavens to Betsy—as well as successors like Sleater-Kinney, Partyline, and Kathleen Hanna's Le Tigre—and their effect on today's culture.