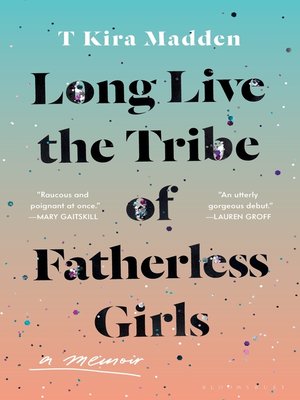 Biography & AutobiographyFamily & RelationshipsNonfiction
"The book I wish I'd had growing up." -Chanel Miller, author of Know My Name

One of the most anticipated books of 2019-Entertainment Weekly, Huffington Post, BuzzFeed, The Millions, Nylon, The Rumpus, Electric Literature, Lit Hub, Refinery29, and many more
Acclaimed literary essayist T Kira Madden's raw and redemptive debut memoir is about coming of age and reckoning with desire as a queer, biracial teenager amidst the fierce contradictions of Boca Raton, Florida, a place where she found cult-like privilege, shocking racial disparities, rampant white-collar crime, and powerfully destructive standards of beauty hiding in plain sight.
As a child, Madden lived a life of extravagance, from her exclusive private school to her equestrian trophies and designer shoe-brand name. But under the surface was a wild instability. The only child of parents continually battling drug and alcohol addictions, Madden confronted her environment alone. Facing a culture of assault and objectification, she found lifelines in the desperately loving friendships of fatherless girls.
With unflinching honesty and lyrical prose, spanning from 1960s Hawai'i to the present-day struggle of a young woman mourning the loss of a father while unearthing truths that reframe her reality, Long Live the Tribe of Fatherless Girls is equal parts eulogy and love letter. It's a story about trauma and forgiveness, about families of blood and affinity, both lost and found, unmade and rebuilt, crooked and beautiful.

Long Live the Tribe of Fatherless Girls
Copy and paste the code into your website.
New here? Learn how to read digital books for free