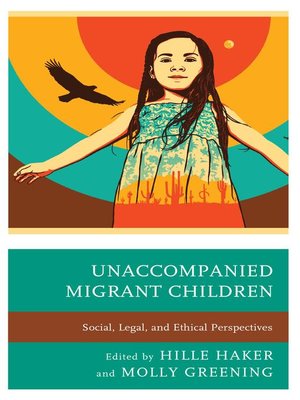 LawReligion & SpiritualitySociologyNonfiction
Unaccompanied migrant children are the most vulnerable group of migrants and refugees. Their experiences, their contested legal status in the host countries, and their treatment before, during, and after migration call for an ethics of child migration that places unaccompanied migrant children at the center.
This volume gathers international experts from the fields of social work, social science, law, philosophy, and Catholic ethics. Social science, psychological, and social work studies, analyses of US and international law of child migration, refuge and asylum policies, and several case studies regarding law enforcement highlight the more recent shifts in policies both in the United States and Europe. The current policies are confronted with two major normative frameworks that go beyond migration laws or the international refugee and asylum provisions: the United Nations Convention of the Rights of the Child, and the approach of the Catholic social ethics of migration.
The authors address the challenges of childhood under the conditions of migration: the uprooting of lives, the journey and transition into foreign countries and cultures, and the transition into adulthood. They discern the legal provisions and obstacles of the immigration process, the securitization of the borders, and the criminalization of unaccompanied migrant children. Catholic social ethics, the theological authors argue, must offer more than its pastoral call for charity, solidarity, and compassion that is already in place, inspiring multiple Catholic organizations, groups, and individuals. The Christian emphasis on family rights and values, originating in the story of the Holy Family, is necessary, yet insufficient when children are separated from their parents—instead, children must be recognized as vulnerable agents in their own right, and the moral dilemmas families sometimes face be acknowledged. US and European policies must be informed by the interpretation of justice, and the principle of the common good must be held against the firewalling of the West. As a political ethics, Catholic social ethics must critique and reject the use of the Christian religion for nationalist policies and depictions of migrant children as a threat to the cultural identity of Western societies.
LawReligion & SpiritualitySociologyNonfiction

Unaccompanied Migrant Children
Copy and paste the code into your website.
New here? Learn how to read digital books for free