Horns of the Minotaur 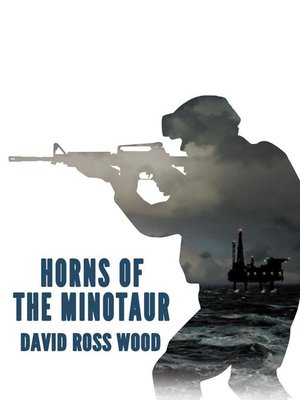 Captain Thomas Ritter is critically injured during a firefight in Afghanistan, his fighting career over, he retires to a desk back in the United States. Meanwhile, George Pollard, CEO of Minotaur Resources is tired of his company's assets, particularly his shipping line, being under threat from pirates and terrorists. He decides drastic action is needed and instructs his Operations Manager to organise a team of specialists who's task will be to protect the global assets of Minotaur Resource's.
Ritter is approached to put a team of mercenaries together and with almost unlimited resources he seeks out the very best soldiers the world has to offer. This elite team of killers, nicknamed The War Boys, come with their own personal baggage, accrued over years of fighting under the worst possible conditions. Ritter's challenge is not only to meld them into a functioning unit but he must help his men deal with their ever present mental demons and those of his own.
The team are sent on their first mission into the dangerous and stormy seas of the South Atlantic, where they must protect an Oil Rig owned by Minotaur Resources. Under threat from the Argentinian Navy, the Oil Rig is far from the Falkland Islands, isolated and vulnerable to attack. The War Boys complete their mission after an explosive and bloody battle. With the success of the mission and the vindication of Pollard's plans the team is quickly sent to the Arabian Sea where a company Supertanker has been hijacked. The War Boys find themselves in the fight of a lifetime as they take on Somali Pirates and deal with their own betrayal back home.
Includes Reader Discussion Guide