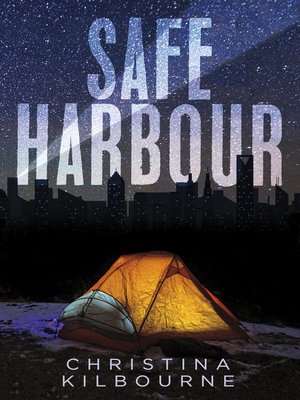 View more libraries...
2021 Red Maple Award — Shortlisted
As far-fetched as her father's plan sounds, sticking to it is easy for Harbour — until it isn't.
Fourteen-year-old Harbour is living in a tent in a Toronto ravine with her dog, a two-month supply of canned tuna, and an unconventional reading list. She's not homeless, she tells herself. She's merely waiting for her home — a thirty-six-foot sailboat — to arrive with her father at the helm. Why should she worry when the clouds give her signs that assure her that she's safe and protected?
When her credit card gets declined, phone contact from her father stops, and summer slips into a frosty fall, Harbour is forced to face reality and accept the help of a homeless teen named Lise to survive on the streets. Lise shows Harbour how to panhandle and navigate the shelter system while trying to unravel Harbour's mysterious past. But if Harbour tells her anything, the consequences could be catastrophic.