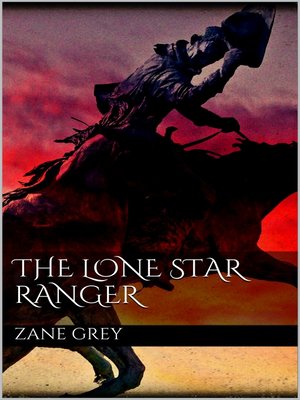 FictionWestern
SO it was in him, then-an inherited fighting instinct, a driving intensity to kill. He was the last of the Duanes, that old fighting stock of Texas. But not the memory of his dead father, nor the pleading of his soft-voiced mother, nor the warning of this uncle who stood before him now, had brought to Buck Duane so much realization of the dark passionate strain in his blood. It was the recurrence, a hundred-fold increased in power, of a strange emotion that for the last three years had arisen in him.
FictionWestern

The Lone Star Ranger
Copy and paste the code into your website.
New here? Learn how to read digital books for free