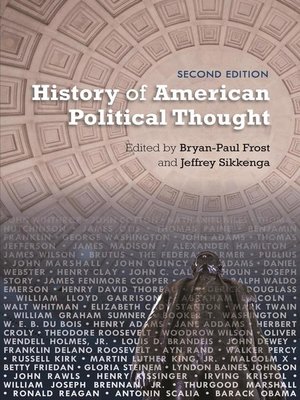 View more libraries...
Revised and updated, this long-awaited second edition provides a comprehensive introduction to what the most thoughtful Americans have said about the American experience from the colonial period to the present. The book examines the political thought of the most important American statesmen, activists, and writers across era and ideologies, helping another generation of students, scholars, and citizens to understand more fully the meaning of America.
This new second edition of the book includes chapters on several additional historical figures, including Walt Whitman, Lyndon Baines Johnson, and Ronald Reagan, as well as a new chapter on Barack Obama, who was not prominent in public life when the first edition was published. Significant revisions and additions have also been made to many of the original chapters, most notably on Antonin Scalia, which now updates his full legacy, increasing the breadth and depth of the collection.