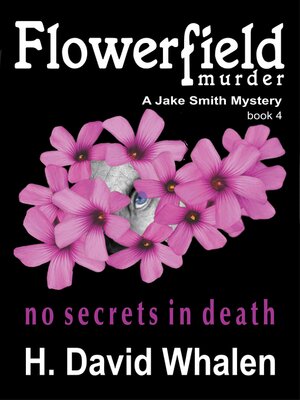 The North County flower fields are a full rainbow of colors, set majestically on the hills overlooking the Pacific Ocean. The opened blooms swayed gently in the offshore breezes. The only factor spoiling the perfect postcard setting was the murder of Charles Westway.
Why was he beat to death with a hardwood Louisville Slugger, when the second body found, a sheriff's deputy, was shot? The beloved television news anchor's darkest secrets unfolded.
The mystery expanded from San Diego to the streets of Hollywood and beyond, both physically and emotionally. Numerous policing agencies and Private Investigator Jake Smith vied to solve mounting crimes and body counts.
Hamilton-Adams Investigations' boss hired to by the jailed prime suspect's Chicago attorney to find the truth. He knew his client was lying, but to what extent, murder? Smith needed to locate the Tijuana housekeeper to learn what she witnessed at the station's previous Christmas party. Can he find her? Will her observations exonerate or bury Smith's client?
Westway's neighbors told doubtful accounts of the night of the killings. Nothing added up. Nothing made sense. The police investigations stalled and the only hope to save the station manager left up to Jake Smith and his team.