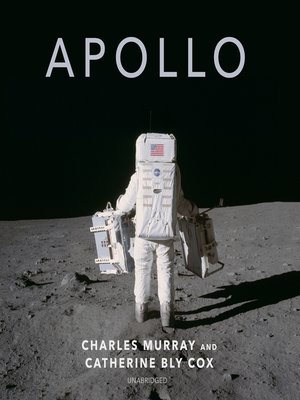 Apollo is the behind-the-scenes story of an epic achievement. Based on exhaustive research that included many exclusive interviews, Apollo tells how America went from a standing start to a landing on the moon at a speed that now seems impossible. It describes the unprecedented engineering challenges that had to be overcome to create the mammoth Saturn V and the facilities to launch it. It takes you onto the gantries at Cape Canaveral and behind the consoles of Houston's Mission Control as it relives the tragedy of the fire on Apollo 1, the first descent to the lunar surface, and the rescue of Apollo 13. A story of daring bordering on recklessness on the ground and life-and-death decisions made in seconds during the flights, Apollo captures the drama of humans leaving Earth for the first time.

Charles Murray, New York Times bestselling author of Coming Apart and coauthor of The Bell Curve, was educated at Harvard and MIT. Catherine Bly Cox, an expert on Henry James, was educated at Oxford and Yale. Husband and wife, they share a long-st...

Catherine Bly Cox is an expert on Henry James and was educated at Oxford and Yale.

More about Catherine Bly Cox
Apollo
Copy and paste the code into your website.
New here? Learn how to read digital books for free