The Empress of Idaho 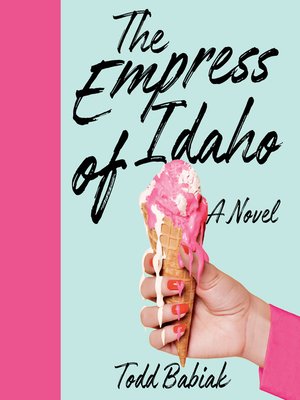 View more libraries...
Bestselling and award-winning author Todd Babiak returns with an immersive and affecting story about a teenager's fascination with an enigmatic new woman in town whose past is catching up with her.
Monument, Colorado, July 1989. Fourteen-year-old Adam Lisinski is mesmerized the moment Beatrice Cyr steps into his life. Adam has a lot going for him: he's hoping to be a starter on his high school football team, he has a fiercely protective mom, a girlfriend, and a part-time job at Eugene's Gas Stop, where he works with his best friend. But he neglects everything that matters to him after Beatrice, his neighbour's enigmatic new wife, comes to town. Soon he finds himself alone with her—in the change room at Modern You, a clothing store on Second Street; in the back row of the theatre at Chapel Hill Cinema; in the front seat of her truck. He's confused about who she is, what she wants, and where she comes from. Adam is desperate, caught between wanting to spend time with Beatrice—whose past is catching up with her—and lying to everyone he cares about. The guilt overwhelms him. And when Beatrice convinces Adam's mom to quit her job and partner in a risky real estate venture, he has to do something before everything spins further out of control. The plan he comes up with tests his courage and leads him to an unshakable truth about loyalty and love.
By turns riveting and tender-hearted, The Empress of Idaho is a story about the vulnerability and confusion of adolescence at the moment when it slams against adulthood. It's an unforgettable portrait of a boy's difficult coming of age.

Fiction Literature
The Empress of Idaho