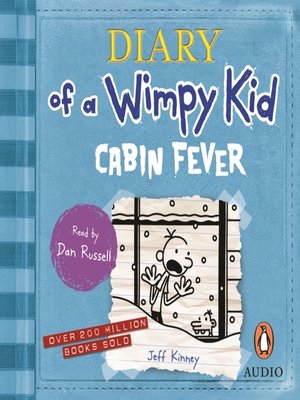 View more libraries...
Greg Heffley is in big trouble. School property has been damaged, and Greg is the prime suspect. But the crazy thing is, he's innocent. Or at least sort of.
The authorities are closing in, but when a surprise blizzard hits, the Heffley family is trapped indoors. Greg knows that when the snow melts he's going to have to face the music, but could any punishment be worse than being stuck inside with your family for the holidays?
READERS LOVE THE DIARY OF A WIMPY KID SERIES
USA Today, Publishers Weekly, Wall Street Journal, and # 1 New York Times bestsellers.
'Jeff Kinney's Wimpy Kid is the new wizard of the book biz.' Parade magazine
'The Diary of a Wimpy Kid series is the big fish in publishing now.' The Hollywood Reporter
'Diary of a Wimpy Kid is bent on world domination.' Time magazine
'One of the most successful children's series ever published.' The Washington Post