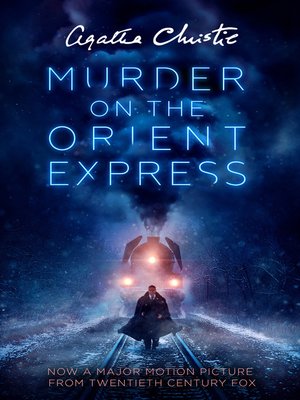 Murder on the Orient Express

FictionMystery
Agatha Christie's most famous murder mystery. Just after midnight, a snowdrift stops the Orient Express in its tracks. The luxurious train is surprisingly full for the time of the year, but by the morning it is one passenger fewer. An American tycoon lies dead in his compartment, stabbed a dozen times, his door locked from the inside. Isolated and with a killer in their midst, detective Hercule Poirot must identify the murderer – in case he or she decides to strike again.
FictionMystery

Agatha Christie is known throughout the world as the Queen of Crime. Her books have sold over a billion copies in English with another billion in over 70 foreign languages. She is the most widely published author of all time and in any language, o...

More about Agatha Christie
Murder on the Orient Express
Copy and paste the code into your website.
New here? Learn how to read digital books for free