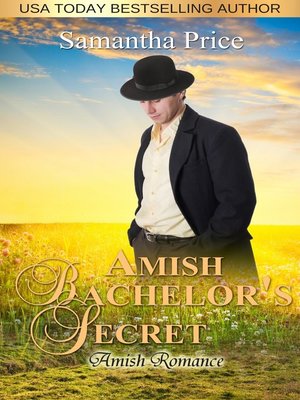 This is the final book in the Seven Amish Bachelor's series.
Benjamin has left it long enough to get married. With all his brothers settled with wives and children, Mrs. Fuller feels she needs to take drastic action to get her last son married and out of the house.
What is Benjamin keeping secret from his parents and the Amish community?
Will Benjamin be the only Fuller son who remains a bachelor forever despite the efforts of his mother and sisters-in-law?
What ending is in store for Mary Lou's cousin, Magnolia?

Amish Bachelor's Secret
Copy and paste the code into your website.
New here? Learn how to read digital books for free