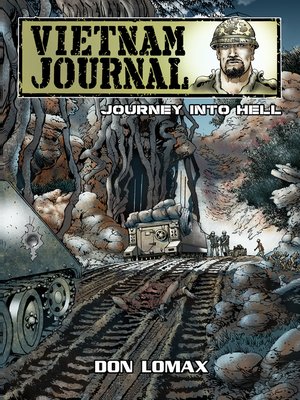 Scott "Journal" Niethammer returns to report on the seemingly endless conflict and this time he heads into Cambodia as the incursion of that country is well underway by United States and South Vietnamese military forces. He is accompanied by a slightly erratic photographer with the unhealthy attitude that he is impervious to enemy fire when behind the camera's lens. While in Cambodia they meet a pistol packing, single-minded Nun and dozens of ethnic Vietnamese orphans who have been delivered a death sentence by Cambodia's new acting Prime Minister, Lon Nol. With Journal's help they make a desperate race for the border and salvation. Now wanted by the Judge Advocate General's office for questioning, Journal retreats back into Cambodia hoping the farce will all blow over. But racism and drugs rear their ugly heads as rear echelon United States troops are moved forward in a support capacity for the line troops. Their real world prejudices and minimal training threaten to rot the core of the effort from the inside out. And the ever present enemy awaits any opportunity to hand the Americans a sound defeat should there be a misstep in their favor. Collects comic issues #6-10 of Vientam Journal Series Two.

Vietnam Journal: Series Two, Volume 2
Copy and paste the code into your website.
New here? Learn how to read digital books for free