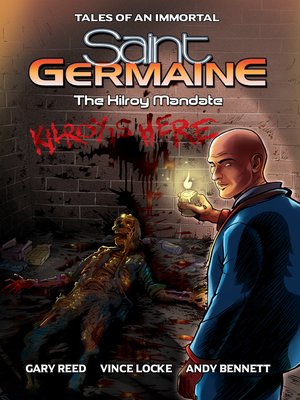 Saint Germaine has seen a lot in his long life but is even he prepared to see the wrath of an avenger unleashed? As the mysterious figure known as Kilroy plunges into the darkness of retribution, Saint Germaine must make a decision that could violate his own principles. Kilroy attempts to understand the evil which he is trying to rid the world of, he and Germaine travel to an unknown place to see the rise of Joseph Stalin, Shaka-Zulu, and take a glimpse at the predicted third AntiChrist. But the secret of Kilroy goes much further than that as Germaine shows Kilroy the very beginning of his reign as the avenger of innocence. Also included is the story "Ghost Dance" - Saint Germaine visits the mysterious Tarot reader who describes first hand, the Sioux Indians' Ghost Dance which led to the final episode of the American Indian and essentially, ended the Indian Wars. Even an immortal can feel the pain at the loss of life. And as a bonus two additional short stories are included. Collects the Saint Germaine issues #5-8. "The most intriguing immortal in comics since Neil Gaiman's Hob Gadling." - Barry Lyga, Diamond Comics

Saint Germaine: The Kilroy Mandate
Copy and paste the code into your website.
New here? Learn how to read digital books for free