The Good, the Bad, and the Bossy 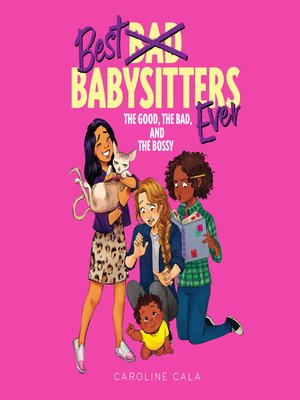 View more libraries...
Being a boss isn't all it's cracked up to be in the second book of the Best Babysitters Ever series. Perfect for fans of Rachel Vail and Sarah Mlynowski.
Just when Malia, Dot, and Bree (aka the Best Babysitters Ever) corner the Playa Del Mar babysitting market, their lives get even busier. Malia's evil older sister ropes her into a thankless internship. Dot must win the science fair. And Bree's brand new cat turns out to be a holy terror. Meow! Malia is frustrated by the group's lack of commitment until she has an idea so great it rivals the creation of the club in the first place: they can hire new babysitters and take a cut of their wages! It's all of the money, and less of the babysitting. This plan is too perfect to fail. Until—spoiler alert—it does, in the most hilarious way possible.

Juvenile Fiction Juvenile Literature
The Good, the Bad, and the Bossy
New here? Learn how to read digital books for free