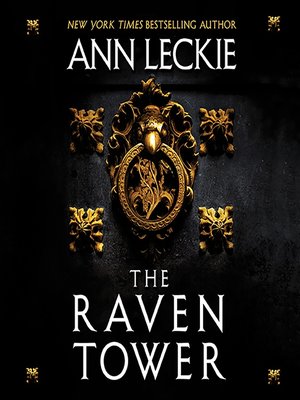 FantasyFictionLiterature
Gods meddle in the fates of men, men play with the fates of gods, and a pretender must be cast down from the throne in this masterful first fantasy novel from Ann Leckie, New York Times bestselling author and winner of the Hugo, Nebula, and Arthur C. Clarke Awards."It's a delight to read something so different, so wonderful and strange."-Patrick Rothfuss"Absolutely wonderful...utterly brilliant."-The New York Times Book Review For centuries, the kingdom of Iraden has been protected by the god known as the Raven. He watches over his territory from atop a tower in the powerful port of Vastai. His will is enacted through the Raven's Lease, a human ruler chosen by the god himself. His magic is sustained by the blood sacrifice that every Lease must offer. And under the Raven's watch, the city flourishes.But the Raven's tower holds a secret. Its foundations conceal a dark history that has been waiting to reveal itself...and to set in motion a chain of events that could destroy Iraden forever.For more from Ann Leckie, check out:Ancillary JusticeAncillary SwordAncillary MercyProvenance
FantasyFictionLiterature

More about Ann Leckie
The Raven Tower
Copy and paste the code into your website.
New here? Learn how to read digital books for free