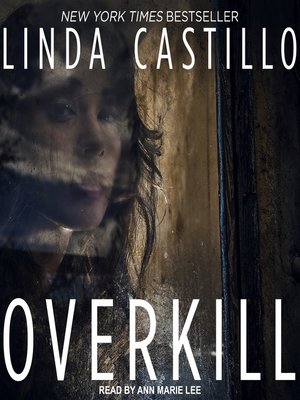 FictionLiteratureMystery
Marty Hogan was a good cop, until a shocking case sent her to the razor's edge . . . A sadistic killer pushed Chicago cop Marty Hogan past her limits-and it was all caught on video. She lost her job, her sense of self, her entire world . . . until an open detective position in small-town Texas gave her a chance at redemption. But she's about to learn that the past always catches up . . . Police Chief Clay Settlemeyer knows all about mistakes and second chances-he's still earning his own, so he's willing to give Marty the opportunity to prove herself. But when her ex-partner is murdered, it looks like Chicago is coming to small-town Texas with a vengeance.
FictionLiteratureMystery

Linda Castillo is the New York Times bestselling author of the Kate Burkholder novels, including Sworn to Silence, which was adapted into a Lifetime Original Movie titled An Amish Murder. She is the recipient of numerous industry awards, including...

More about Linda Castillo
Overkill
Copy and paste the code into your website.
New here? Learn how to read digital books for free