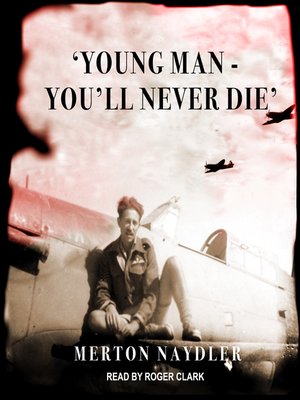 Biography & AutobiographyHistoryMilitaryNonfiction
Merton Naydler joined the RAF at the age of nineteen and served for the next six years until May 1946. He flew Spitfires and Hurricanes during a tour of duty that took him to North Africa, Burma, and Malaya. This well-written and extremely entertaining memoir portrays wartime life in the desert environment where sand and flies and life under canvas made living and flying a daunting experience. When the author was posted to Burma he was filled with "a deep and genuine dread." After a long uncomfortable trip he joined 11 Squadron and was now faced with Japanese Zeroes in combat over dense tropical jungle rather than Bf 109s over a barren desert terrain. "Daytime flying was hot as hell, the humidity intense"-the author's description of his new posting that goes on to describe life in "Death Valley," named because of the likeliness of falling victim to tropical disease rather than enemy aircraft. This is the story of a sergeant pilot who learned his trade the hard way, in action over Africa and then honed his combat skills in the skies over Japanese-held tropical forests where he was eventually commissioned.
Biography & AutobiographyHistoryMilitaryNonfiction

Born in Salford in 1920, Merton Naydler spent a year at Manchester University before joining the RAF. He met his wife on the troopship taking him home and after demobilization became a solicitor with a private practice in London. He died in 1965.

More about Merton Naydler
'Young Man--You'll Never Die'
Copy and paste the code into your website.
New here? Learn how to read digital books for free