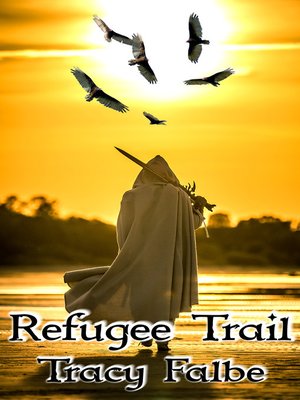 Myles Rulong leads a band of survivors into unknown lands. They were driven from their ancestral home by the brutal Lashers waging a campaign to capture resources. A comet had hit their fair world of Deos, and the planetary disruption had brought cruel drought to a once bountiful continent.

Myles and his people are now bereft of their ancient Kadolia magic. Their Elders say that the magic came from their homeland and that it is gone forever. They are scrambling desperately through badlands to stay ahead of Lasher slave hunters when a faction of survivors wants to turn back and surrender. Myles struggles to keep his people united, but annihilation looms until he senses the return of his power.

Read this fantasy novella of survival and magic today.

More about Tracy Falbe
Refugee Trail
Copy and paste the code into your website.
New here? Learn how to read digital books for free