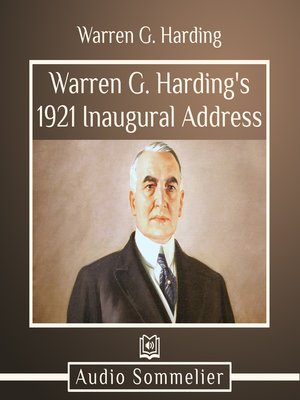 On March 4, 1921, Warren G. Harding became the 29th President of the United States and delivered his inaugural address. Harding would die two and a half years later, his mantle taken over by Calvin Coolidge. Step back to this moment as Harding calls for a U.S. that is more active, that seeks peaceful and profitable connections with the world, and builds on its history without falling back into worse times.

Warren G. Harding's 1921 Inaugural Address
Copy and paste the code into your website.
New here? Learn how to read digital books for free