audiobook (Unabridged) ∣ Life and Death in the World City 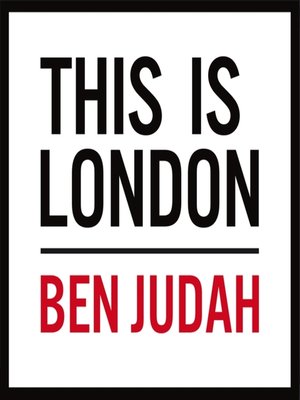 Longlisted for the Baillie Gifford Prize 2016, formerly known as the Samuel Johnson Prize.

This is the new London: an immigrant city. Over one-third of Londoners were born abroad, with half arriving since the millennium. This has utterly transformed the capital, for better and for worse.

Ben Judah is an acclaimed foreign correspondent, but here he turns his reporter's gaze on home, immersing himself in the hidden world of London's immigrants to reveal the city in the eyes of its beggars, bankers, coppers, gangsters, carers and witch-doctors. From the backrooms of its mosques, Tube tunnels and nightclubs to the frontlines of its streets, Judah has supped with oligarchs and spent nights sleeping rough, worked on building sites and talked business with prostitutes; he's heard stories of heartbreaking failure, but also witnessed extraordinary acts of compassion.

This is London explodes fossilized myths and offers a fresh, exciting portrait of what it's like to live, work, fall in love, raise children, grow old and die in London now. Simultaneously intimate and epic, here is a compulsive and deeply sympathetic book on this dizzying world city from one of our brightest new writers.