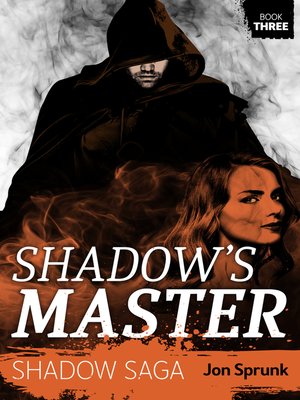 FantasyFiction
Jon Sprunk delivers blood, betrayal, and "sword and sorcery action of a high order" in the thrilling conclusion to his epic fantasy adventure trilogy (SF Signal).
In the far wastes of the Northern Marches, the assassin Caim lies in wait. Though he and his allies have defeated the monstrous witch Sybelle, there is a greater threat looming ahead... The Master—a being of nightmarish power who rules the Shadows and holds the answers that Caim has been searching for all his life.
But before he can meet his greatest enemy, Caim must face an assassin whose skills and strength eerily match his own. Meanwhile, Empress Josey and the land of Nimea have fallen prey to an unforeseen attack by a barbarian army.
Even if he somehow survives, the truth Caim has been seeking for so long may not offer solace. For the destiny he has sought for so long may be the very thing that curses him to a life of eternal darkness and damnation...
FantasyFiction

Jon Sprunk is the author of Blood and Iron, the first book in the Book of the Black Earth fantasy series. He also wrote the Shadow Saga (Shadow's Son, Shadow's Lure, and Shadow's Master.) Shadow's Son was a finalist for the Compton Crook Award and...

More about Jon Sprunk
Shadow's Master
Copy and paste the code into your website.
New here? Learn how to read digital books for free