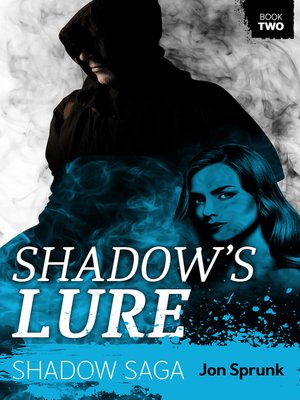 FantasyFiction
The Shadow Saga continues with in this "fun, fast, action-packed novel" of magic, mystery, and monstrous evil (Elitist Book Reviews).
After helping his lover Josephine lay claim to the throne of Nimea, the assassin Caim has ventured north to the land that has haunted his dreams—cold, unforgiving Eregoth. He departs seeking answers to his parents' murder and hoping that this knowledge will explain his ability to bend the shadows to his will.
In searching for his past, Caim wanders into war. But Eregoth is threatened by a power more terrifying than any army—the witch Sybelle, Queen of the Dark. If given the chance, her aims at destruction would not cease at Eregoth but storm through Nimea where Josey struggles to secure her reign.
With nothing more than a force of ragtag warriors at his side, Caim knows that standing against Sybelle's onslaught may be suicide. But as a son of the Shadow, he has no choice but to fight. Even if every life he takes brings him closer to the blackness that would claim him body and soul...
FantasyFiction

Jon Sprunk is the author of Blood and Iron, the first book in the Book of the Black Earth fantasy series. He also wrote the Shadow Saga (Shadow's Son, Shadow's Lure, and Shadow's Master.) Shadow's Son was a finalist for the Compton Crook Award and...

More about Jon Sprunk
Shadow's Lure
Copy and paste the code into your website.
New here? Learn how to read digital books for free