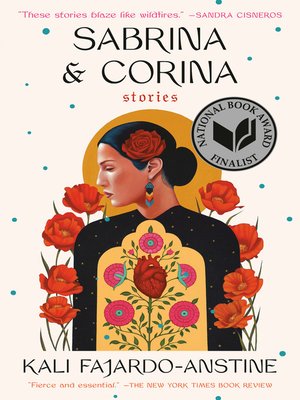 View more libraries...
NATIONAL BOOK AWARD FINALIST
"Here are stories that blaze like wildfires, with characters who made me laugh and broke my heart."—Sandra Cisneros
FINALST FOR THE STORY PRIZE
Kali Fajardo-Anstine's magnetic story collection breathes life into her Latina characters of indigenous ancestry and the land they inhabit in the American West. Against the remarkable backdrop of Denver, Colorado—a place that is as fierce as it is exquisite—these women navigate the land the way they navigate their lives: with caution, grace, and quiet force.
In "Sugar Babies," ancestry and heritage are hidden inside the earth but tend to rise during land disputes. "Any Further West" follows a sex worker and her daughter as they leave their ancestral home in southern Colorado only to find a foreign and hostile land in California. In "Tomi," a woman leaves prison and finds herself in a gentrified city that is a shadow of the one she remembers from her childhood. And in the title story, "Sabrina & Corina," a Denver family falls into a cycle of violence against women, coming together only through ritual.
Sabrina & Corina is a moving narrative of unrelenting feminine power and an exploration of the universal experiences of abandonment, heritage, and an eternal sense of home.
NAMED ONE OF THE BEST BOOKS OF THE YEAR BY The New York Public Library • Kirkus Reviews • Library Journal
"Sabrina & Corina isn't just good, it's masterful storytelling. Fajardo-Anstine is a fearless writer: her women are strong and scarred witnesses of the violations of their homelands, their culture, their bodies; her plots turn and surprise, unerring and organic in their comprehensiveness; her characters break your heart, but you keep on going because you know you are in the hands of a master. Her stories move through the heart of darkness and illuminate it with the soul of truth."—Julia Alvarez, author of How the García Girls Lost Their Accents
"[A] powerhouse debut . . . stylistically superb, with crisp dialogue and unforgettable characters, Sabrina & Corina introduces an impressive new talent to American letters."—Rigoberto González, NBC News