King and the Other America

ebook ∣ The Poor People's Campaign and the Quest for Economic Equality 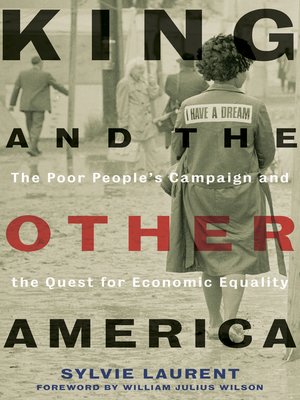 View more libraries...
"An elegant and timely history of how black intellectuals have long made a case for the intersections between class and race."—The Nation
"A meticulously researched look into the development of King's thought. . . . Laurent's important new book highlights the depth of the wisdom and organizing skill he brought to the movement for economic justice."—The Progressive

Shortly before his assassination, Martin Luther King Jr. called for a radical redistribution of economic and political power to transform the whole of society. In 1967, he envisioned and designed the Poor People's Campaign, an interracial effort that was carried out after his death. This campaign brought together impoverished Americans of all races to demand better wages, better jobs, better homes, and better education. King and the Other America explores this overlooked and obscured episode of the late civil rights movement, deepening our understanding of King's commitment to social justice and also of the long-term trajectory of the civil rights movement.
Digging into earlier radical arguments about economic inequality across America, which King drew on throughout his entire political and religious life, Sylvie Laurent argues that the Poor People's Campaign was the logical culmination of King's influences and ideas, which have had lasting impact on young activists and the public. Fifty years later, growing inequality and grinding poverty in the United States have spurred new efforts to rejuvenate the campaign. This book draws the connections between King's perceptive thoughts on substantive justice and the ongoing quest for equality for all.

History Nonfiction
King and the Other America