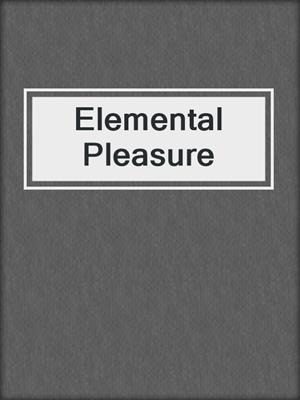 FictionMysteryRomanceSuspense
A dangerous Marine. A tech genius. A brilliant scientist.
When Carly Kenan joined the secretive Trinity Masters in college, she received entrée to an exclusive club that gave her access to wealth and power. But there's a price all members must pay—they accept an arranged marriage, between not two, but three people.
Ordered to return to the Trinity Masters' headquarters in Boston, Carly meets Marine Lance Glassco, a mathematician for DARPA, and Preston Kim, a dangerously intelligent chemist.
Though on the surface they have nothing in common, it's clear the Grand Master thinks that together the three of them can do something amazing. And that's why he's declared that Carly, Lance and Preston must marry.
Though the physical attraction is instantaneous and incendiary, Carly is unprepared for the emotional intensity of the ménage relationship. Pushed beyond her limits, Carly runs from Lance and Preston. What she doesn't understand is that she now belongs to them, body and soul...and they belong to her.
When Lance uncovers a dangerous crime at Preston's company, Carly is caught in the crossfire and the struggling lovers are forced to move beyond desire...to trust. For the Trinity Masters, there is passion and power in three.
Books in the Trinity Masters series:
1. Elemental Pleasure
2. Primal Passion
3. Scorching Desire
4. Forbidden Legacy
5. Hidden Devotion
6. Elegant Seduction
7. Secret Scandal
8. Delicate Ties
9. Beloved Sacrifice
10. Masterful Truth
FictionMysteryRomanceSuspense

More about Mari Carr
Elemental Pleasure
Copy and paste the code into your website.
New here? Learn how to read digital books for free