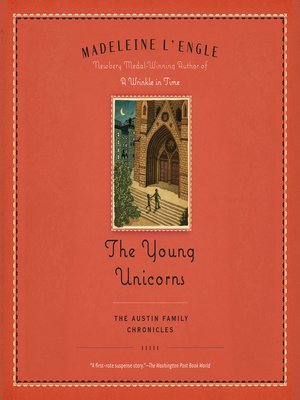 View more libraries...
Book three of the Austin Family Chronicles, an award-winning young adult series from Madeleine L'Engle, author of A Wrinkle in Time, about a girl who experiences the difficulties and joys of growing up.
"A first-rate suspense story." -The Washington Post Book World
The Austins are trying to settle into their new life in New York City, but their once close-knit family is pulling away from each other. Their father spends long hours alone in his study working on the research project that brought the family to the city. John is away at college. Rob is making friends with people in the neighborhood: newspaper vendors, dog walkers, even the local rabbi. Suzy is blossoming into a vivacious young woman. And Vicky has become closer to Emily Gregory, a blind and brilliant young musician, than to her sister Suzy.
With the Austins going in different directions, they don't notice that something sinister is going on in their neighborhood-and it's centered around them. A mysterious genie appears before Rob and Emily. A stranger approaches Vicky in the park and calls her by name. Members of a local gang are following their father. The entire Austin family is in danger. If they don't start telling each other what's going on, someone just might get killed.