audiobook (Unabridged) ∣ The Fight Against AIDS in America 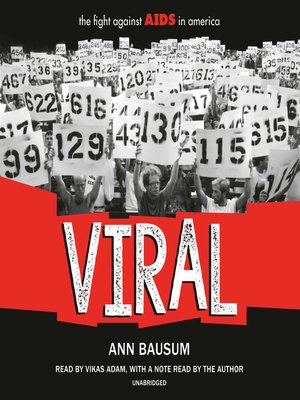 View more libraries...
Groundbreaking narrative nonfiction for teens that tells the story of the AIDS crisis in America.
Thirty-five years ago, it was a modern-day, mysterious plague. Its earliest victims were mostly gay men, some of the most marginalized people in the country; at its peak in America, it killed tens of thousands of people. The losses were staggering, the science frightening, and the government's inaction unforgivable. The AIDS Crisis fundamentally changed the fabric of the United States.
Viral presents the history of the AIDS crisis through the lens of the brave victims and activists who demanded action and literally fought for their lives. This compassionate but unflinching text explores everything from the disease's origins and how it spread to the activism it inspired and how the world confronts HIV and AIDS today.