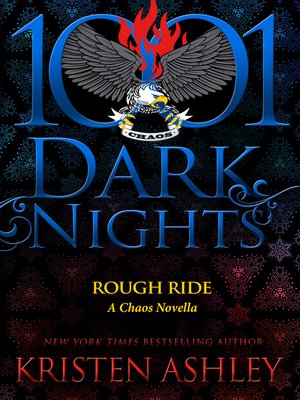 Rosalie Holloway put it all on the line for the Chaos Motorcycle Club.

Informing to Chaos on their rival club—her man's club, Bounty—Rosalie knows the stakes. And she pays them when her man, who she was hoping to scare straight, finds out she's betrayed him and he delivers her to his brothers to mete out their form of justice.

But really, Rosie has long been denying that, as she drifted away from her Bounty, she's been falling in love with Everett "Snapper" Kavanagh, a Chaos brother. Snap is the biker-boy-next door with the snowy blue eyes, quiet confidence and sweet disposition who was supposed to keep her safe...and fell down on that job.

For Snapper, it's always been Rosalie, from the first time he saw her at the Chaos Compound. He's just been waiting for a clear shot. But he didn't want to get it after his Rosie was left bleeding, beat down and broken by Bounty on a cement warehouse floor.

With Rosalie a casualty of an ongoing war, Snapper has to guide her to trust him, take a shot with him, build a them...

And fold his woman firmly in the family that is Chaos.

Rough Ride
Copy and paste the code into your website.
New here? Learn how to read digital books for free