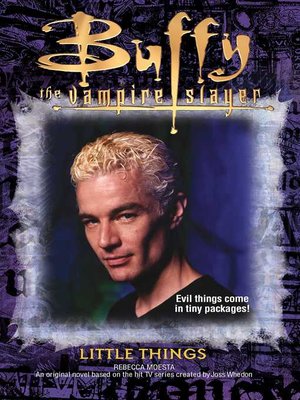 View more libraries...
THE BIG BAD
Since her mother's death, Buffy Summers has had a hard time keeping her chin up. Suddenly finding herself alone and in charge of Dawn is certainly daunting, and being responsible, at the same time, for saving the world...well, it's pressure. And lately the Slayer is feeling bogged down by the little things.
Buffy has a toothache, but no dental insurance...as if her financial problems weren't overwhelming enough already. And Anya and Xander are being held hostage in their own home by a plague of ants. Everyone is determined not to sweat the small stuff — until Spike discovers economy-sized evil wreaking havoc in Weatherly Park. Mini-monsters are perfectly capable of mega-trouble, and in order to stop them, the Slayer's going to have to think...small!