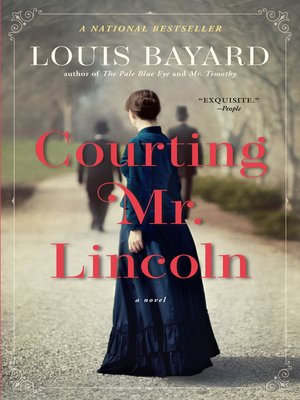 View more libraries...
“Riveting . . . Enticing.” —The Washington Post
“Exquisite.” —People
“A triumph of a novel.” —Bookreporter.com
“Rich, fascinating, and romantic.” —Newsday
A Washington Post Bestseller * A Indie Next Pick * An Apple Books Best of the Month for April * A People Magazine Best Book of the Week

When Mary Todd meets Abraham Lincoln in Springfield in the winter of 1840, he is on no one’s short list to be president. Mary, a quick, self-possessed debutante with an interest in debates and elections, at first finds this awkward country lawyer an enigma. “I can only hope,” she tells his roommate, the handsome, charming Joshua Speed, “that his waters being so very still, they also run deep.”
It’s not long, though, before she sees the Lincoln that Speed knows: an amiable, profound man with a gentle wit to match his genius, who respects her keen political mind. But as her relationship with Lincoln deepens, she must confront his inseparable friendship with Speed, who has taught his roommate how to dance, dress, and navigate polite society.
Told in the alternating voices of Mary Todd and Joshua Speed, and inspired by historical events, Courting Mr. Lincoln creates a sympathetic and complex portrait of Mary unlike any that has come before; a moving portrayal of the deep and very real connection between the two men; and most of all, an evocation of the unformed man who would grow into one of the nation’s most beloved presidents.