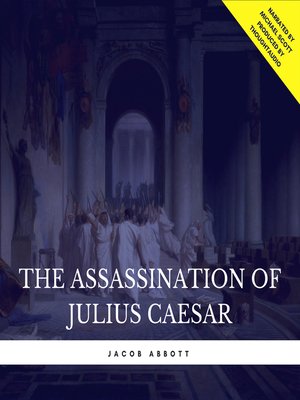 The Assassination of Julius Caesar

FictionShort Stories
Julius Caesar is widely considered to be one of the greatest military geniuses of all time, a brilliant politician, and one of the ancient world's strongest leaders. Caesar was proclaimed dictator for life, and heavily centralised the already faltering government of the weak Republic. However, Caesar's friend Marcus Brutus conspired with others to assassinate Caesar in hopes of saving the Republic. The dramatic assassination on the Ides of March, ushered in Octavian (later known as Caesar Augustus) as the first emperor and undisputed leader of the Roman world.
FictionShort Stories

The Assassination of Julius Caesar
Copy and paste the code into your website.
New here? Learn how to read digital books for free