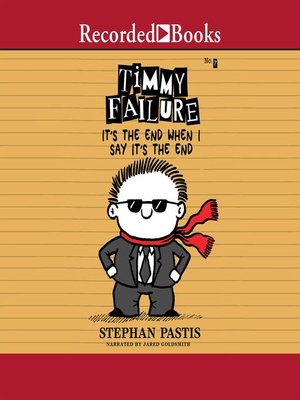 In the series finale, Timmy Failure and his class create a hilarious film about his life—just in time for the holidays.

Though I, Timmy Failure, have solved many notorious crimes and now wish to enjoy my retirement, my fans have begged me to turn my memoirs into a movie, an ode to my greatness. I am, however, beset by enemies, the worst of whom is Tom John John, the buffoonish movie director. What's more, my father is in town, working at a bar, which is obviously just a cover for our father-son crime-fighting partnership. And my dim-witted polar bear business partner, Total, wants to be reunited with his family. I should have known it would end like this. I expected more.