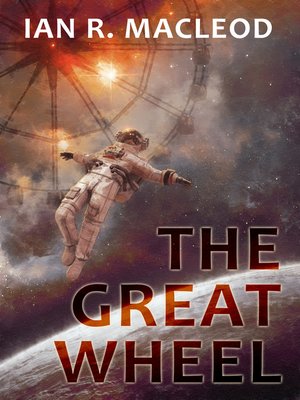 FantasyFictionLiterature
Winner of the Locus Award for Best First Novel
This prescient and ground-breaking novel is set in a near-future where the privileged citizens of Europe shelter behind immense physical and biotechnical barriers from a world ravaged by climate change and disease. Beyond this safe existence of harvest fairs, uncomplicated religion and high tech crops lie the overcrowded souks, teeming streets and exotic religions of the vast sprawl of the Endless City which now encompasses most of North Africa.
Father John, a doubting missionary from the futuristic yet bucolic shires of the Welsh Marches, finds he must leave his ministry and the clamour of the Endless City to search across the dangerous wastelands beyond for the source of a lethal radioactive pollutant. There, in the company of a witchwoman and a young Borderer, he confronts not only his faith but also his own past, and the near-death of Hal, his comatose brother.
Lyrical and evocative, The Great Wheel tells the story of a half-wrecked Eden, and all too possible tomorrow.
Praise for The Great Wheel:
"A voyage into the midnight garden of the human soul, and a dangerous extrapolation of the days to come." —Michael Swanwick
"A smooth, sinuous trip in the hands of a writer who knows just about everything there is to know about giving joy, and telling the truth, too." —John Clute
"A beautiful book. It breathes, as a true novel of experience should. It's expansive and layered and real... It transcends the genre." —Jack Dann
"A richly portrayed future world quite unlike any other, and yet, somehow, with the feeling of exotic familiarity." —Norman Spinrad
FantasyFictionLiterature

Ian R. MacLeod is the author of The Light Ages, The House of Storms, The Great Wheel and a host of short stories and novellas. His 2008 novel, Song of Time, won the Arthur C. Clarke Award.

More about Ian R. MacLeod
The Great Wheel
Copy and paste the code into your website.
New here? Learn how to read digital books for free