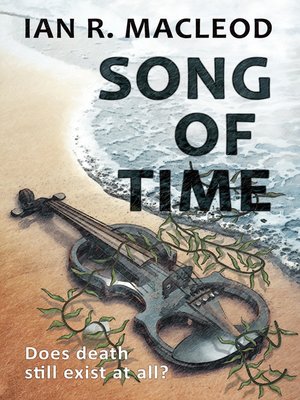 FantasyFictionScience Fiction
Winner of the Arthur C. Clarke and the John W. Campbell Memorial awards for Best Science-Fiction Novel
Song of Time begins with an old woman discovering a half-drowned man on a Cornish beach in the furthest days of this strange century. She, once a famous concert violinist, is close to death herself — or a new kind of life she can barely contemplate. Does death still exist at all, or has finally been extinguished? And who is this strange man she's found? Is he a figure returned from her own past, a new messiah, or an empty vessel?
Filled with love, music, death and life, and spanning the world from the prim English suburbs of Birmingham to the wild inventions of a new-Renaissance Paris to a post-apocalyptic India, Song of Time tells the story of this century, and confronts the ultimate leap into a new kind of existence, and whatever lies beyond...
Praise for Song of Time:
"MacLeod's quiet, meditative novels and stories have been winning critical acclaim for years, and Song of Time sees him at the height of his powers. At the end of a long and eventful life, celebrated violinist Roushana Maitland orders her memories before she passes from the world of the flesh to a virtual afterlife. When she finds a mysterious stranger washed up on the beach of her Cornish retreat, he facilitates the process of remembrance. In flashback chapters we follow Roushana's turbulent life through the cataclysmic events of the 21st century, taking in the deaths of loved ones, marriage to a conductor-entrepreneur, and a final heartbreaking revelation, Song of Time is a slow, sensitive first-person account of what it means to be human and vulnerable, and confirms MacLeod as one of the country's very best literary SF writers." —The Guardian
FantasyFictionScience Fiction

Ian R. MacLeod is the author of The Light Ages, The House of Storms, The Great Wheel and a host of short stories and novellas. His 2008 novel, Song of Time, won the Arthur C. Clarke Award.

More about Ian R. MacLeod
Song of Time
Copy and paste the code into your website.
New here? Learn how to read digital books for free