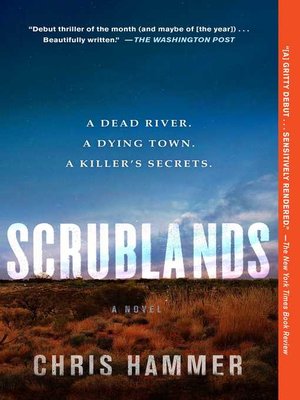 View more libraries...
In this searing, "indisputable page-turner" (Associated Press), a town's dark secrets come to light in the aftermath of a young priest's unthinkable last act—in the vein of The Dry and Before the Fall.
In Riversend, an isolated Australian community afflicted by an endless drought, a young priest does the unthinkable: he kills five parishioners before being taken down himself.

A year later, journalist Martin Scarsden arrives in Riversend. His assignment: to report how the townspeople are coping as the anniversary of the tragedy approaches. But as Martin meets the locals and hears their version of events, he begins to realize that the accepted explanation—a theory established through an award-winning investigation by Martin's own newspaper—may be wrong.

Just as Martin believes he's making headway, a shocking new crime rocks the town. As the national media flocks to the scene, Martin finds himself thrown into a whole new mystery.

What was the real reason behind the priest's shooting spree? And how does it connect to other deaths in the district, if at all? Martin struggles to uncover the town's dark secrets, putting his job, his mental state, and his very life at risk.