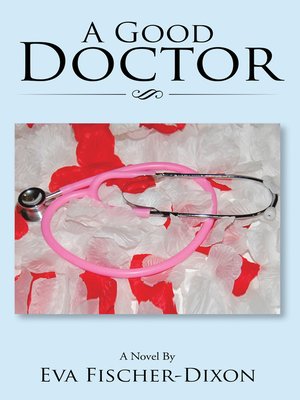 FictionLiterature
Everyone who knew Ilana Portman was certain that someday the young girl would grow up to be a popular cardiologist and pulmonary specialist. Seeing her ailing grandmother, Ilana became ever so determined to fulfill her destiny to become a doctor, so she pursued her goal with a vengeance. Finishing school years ahead of her peers, she became a doctor barely out of her teen years. After several personal tragedies in her life, the heiress of one of the largest businesses in the USA found herself alone. Abigail (Abby) Page, a fellow medical student, entered Ilanas life at a vulnerable time, and she welcomed her new friend not only emotionally but also allowing her to move in with her. A short time later, Abby introduced a young man, Manfred Man Griffin, to Ilana. He was also a medical student whom Abby grew up with in Germantown, Pennsylvania; the three of them became close friends. Discovering a betrayal, Ilana moves to Washington, DC, to try to start a new life until Manfred reenters her life. Just as she thinks that she has finally found happiness, her newest discovery of a potentially deadly betrayal forces her to come up with a dangerous plan that could cost her her own life. If she succeeds, it would give her the ultimate revenge. Is she willing to risk her careermoreover, her own lifeto fulfill her plan of revenge, or will she forgive those who know no mercy when it comes to ruin or even taking her life? That question cannot be answered lightly.
FictionLiterature

I came into this troubled world during the early morning hours of June 17, 1950, in the city of Budapest, Hungary. I was the first and last child of my 41-year-old mother and my father who was 45 years old at the time of my birth. As I did not kno...

More about Eva Fischer-Dixon
A Good Doctor
Copy and paste the code into your website.
New here? Learn how to read digital books for free