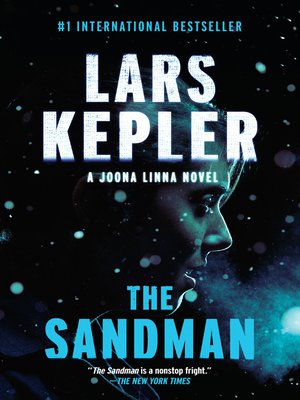 View more libraries...
Already a huge success internationally, The Sandman is the explosive, utterly gripping fourth book in the internationally bestselling Joona Linna Thriller series, which has sold more than 3 million copies worldwide. For readers of Stieg Larsson, Henning Mankell, and Jo Nesbo.
During a cold winter night in Stockholm a man is found walking alongside a railway bridge, suffering from hypothermia and legionella. After he's rushed to the hospital, it's discovered that, according to a death certificate, the man has been dead for over seven years. He is believed to be a victim of notorious serial killer Jurek Walter, who was arrested years ago by Detective Inspector Joona Linna and sentenced to a life of total isolation in forensic psychiatric care. As Joona Linna investigates where the "dead man" has been all these years, some unexpected evidence leads to the reopening of a cold case. Danger is imminent, and someone needs to get under the skin of the serial killer—fast—as they are running out of time.