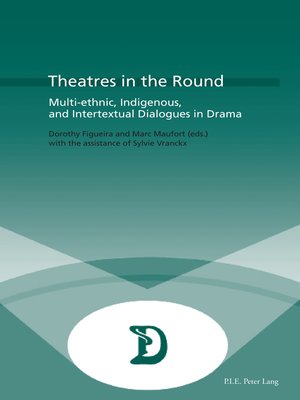 Theatres in the Round

ArtPerforming ArtsNonfiction
This collection of essays explores some of the avenues along which the field of comparative drama studies could be reconfigured at the dawn of the twenty-first century. It offers a comparative analysis of theatre across national and linguistic boundaries while simultaneously acknowledging newer trends in ethnic studies. Indeed, the contributors to this critical anthology productively combine traditional comparative literature methodologies with performance approaches and postcolonial perspectives. In this way, they shed new light on the intertextual, multi-ethnic, and cross-cultural dialogues linking theatrical traditions from Europe, North America, Asia, Africa, and the Pacific region. This book's broad scope bears testimony to the fact that transnational studies can fruitfully illuminate the multiple dramatic voices of our increasingly globalized age.
ArtPerforming ArtsNonfiction

Dorothy Figueira is Professor of Comparative Literature at the University of Georgia (USA). Her most recent book is Otherwise Occupied: Pedagogies of Alterity and the Brahminization of Theory. She has published extensively on East-West literary re...

More about Dorothy Figueira
Theatres in the Round
Copy and paste the code into your website.
New here? Learn how to read digital books for free