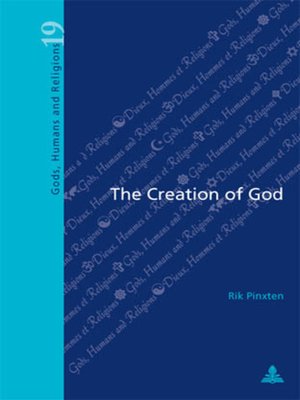 The Creation of God

PhilosophySociologyNonfiction
This book develops a scientific approach to the phenomenon of religion. It is the conviction of the author that such an approach can only be comparative in nature, in order to overcome centuries of religiously biased views on religion. From an anthropological point of view the phenomenological school of thought is intrinsically religionistic (i.e., influenced by a particular religious frame of reference).
The author formulates a model which seeks to distinguish between three irreducible religious ways (ritualistic, mythagogic and shamanistic), of which religious forms at the object level are composed. The typical characteristics of religion in the theories of the religions of the book then appear as specific ('local') formats, next to and at the same level as any other religious manifestation in the world.
In a second hypothesis in the book, the primacy of action over language for the human species is argued for. Here again, a local preference for verbal actions is identified in the religions of the book. To develop a more generic view on religion, the author proposes to look at humans first and foremost as acting subjects, with verbal actions as a subcategory.
PhilosophySociologyNonfiction

Rik Pinxten, PhD from Ghent University (Belgium), was Visiting Professor at Northwestern University and Syracuse University (USA) and was Researcher of the Flemish Science Foundation (1972-1983). He has been Professor of Anthropology and Religious...

More about Rik Pinxten
The Creation of God
Copy and paste the code into your website.
New here? Learn how to read digital books for free