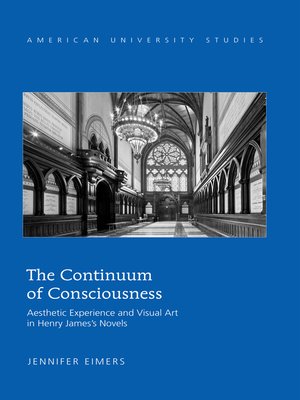 The Continuum of Consciousness

ArtNonfiction
The Continuum of Consciousness: Aesthetic Experience and Visual Art in Henry James's Novels examines the transformative experience of art in James's fiction. In a 1915 letter to H. G. Wells, James declares, «It is art that makes life.» This book traces the rich implications of this claim. For James, viewing art transformed the self. Many of his contemporaries, including his famous older brother, William, were deeply interested in the study of perception and individual consciousness. James's fictional use of art reflects these philosophical discussions. Although much valuable scholarship has been devoted to visual art in James's fiction, the guiding role it often plays in his characters' experiences receives fuller exploration in this book. A prolonged look at visual art and consciousness through the lens of nineteenth-century British aestheticism reveals intriguing connections and character responses. By highlighting and analyzing his representations of aesthetic consciousness in four novels at specific moments (such as Basil Ransom's and Verena Tarrant's contrasting responses to Harvard's Memorial Hall in The Bostonians and Milly Theale's identification with a Bronzino painting in The Wings of the Dove), this book ultimately explores the idea that for James art represents «every conscious human activity», as Wells replied to James.
ArtNonfiction

More about Jennifer Eimers
The Continuum of Consciousness
Copy and paste the code into your website.
New here? Learn how to read digital books for free