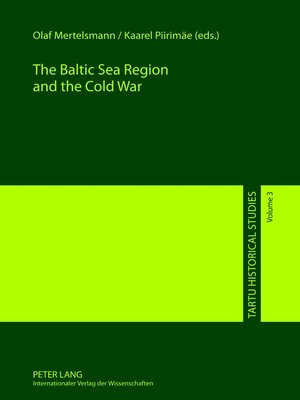 The Baltic Sea Region and the Cold War

HistoryNonfiction
This volume focuses on the Baltic Sea region during the Cold War. Recent research conducted in several countries has sought to revise a number of long-established assumptions about the Cold-War conflict, as they do not seem to fit into the context of the Baltic world. The bipolar perspective on the Cold War is more and more being replaced by the idea of multiple players being active on different levels. Thus it is now recognised that the so called Iron Curtain was not insurmountable and a variety of contacts in such fields as economics, culture, media or tourism could take place. In addition, neutral countries also participated vividly in Cold War interaction. Thus, not only high politics, security or military issues were at stake.
HistoryNonfiction

More about Olaf Mertelsmann
The Baltic Sea Region and the Cold War
Copy and paste the code into your website.
New here? Learn how to read digital books for free