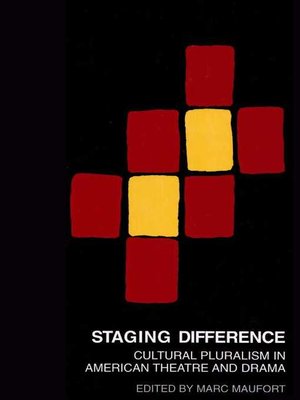 ArtPerforming ArtsNonfiction
This volume seeks to determine how contemporary American playwrights and theatre practitioners translate the current debate on cultural pluralism in the United States. While offering re-visions of the Melting Pot, they often challenge its idealistic assumptions, thus inscribing in their work the cultural difference of minorities. Up to now, scholars have studied isolated aspects of this phenomenon. Staging Difference tries to offer a more comprehensive vision, examining the influence of multiculturalism both on performance and dramatic literature.
ArtPerforming ArtsNonfiction

More about Marc Maufort
Staging Difference
Copy and paste the code into your website.
New here? Learn how to read digital books for free