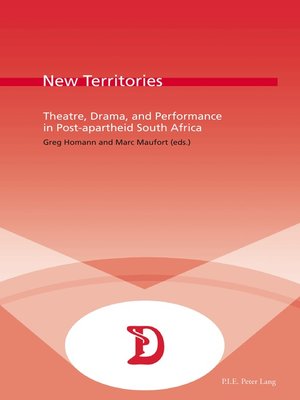 ArtPerforming ArtsNonfiction
South African theatre, drama, and performance is a vibrant and rapidly developing area of contemporary theatre studies. In this critical anthology of essays and interviews, some of the world's most respected scholars and practitioners writing and working in the area of South African theatre today share their detailed examinations and insights on the complex and contradictory context of post-apartheid society. Loosely grouped into the categories of Theatre, Drama, and Performance, the essays collected here offer a sampling of work being staged, produced, and written in the country today. The contributors document, contrast, and analyse significant case studies, representing examples from site-specific performance to new South African plays, from traditional indigenous performance practice to the reimagining of Western classics. The anthology takes the year of South Africa's first democratic election, 1994, as its departure point and includes a broad range of topics that capture the current paradigm.
ArtPerforming ArtsNonfiction

Greg Homann is an independent academic, theatre director, and writer. He is the co-editor of the Methuen Drama Guide to Contemporary South African Theatre (2015) as well the editor of At This Stage: Plays from Post-Apartheid South Africa (2009). H...

More about Greg Homann
New Territories
Copy and paste the code into your website.
New here? Learn how to read digital books for free